The Rigelians, also known as the Jelna, are a member of the United Rigel Worlds and Colonies, which has been a member state of the United Federation of Planets since 2164. They are native to Rigel V, and hold most of the positions of authority in the Rigellian Trade Commission.

Jelna have silvery skin and yellow, cobalt-based blood. They have four visually distinguishable sexes - endofemale (X), endomale (XY), exofemale (XZ) and exomale (XYZ). The exosexes are more physically robust than the endosexes, and more hormonally aggressive, whereas the endosexes are more instinctively patient and nurturing. This defined their prehistoric gender roles: the exosexes were the hunter-gatherers while the endosexes were more skilled at crafts and child-rearing. This led to discrimination throughout much of Rigelian history, with the exosexes considered more capable and intelligent than the exosexes, and it is only in recent centuries that the endosexes have achieved equality.

Jelna Rigelians often adorn themselves with decorative tattoos, and wear strings of beads in their hair and over their clothing. Traditionally each bead represented a successful trade deal, but in modern Rigelian society many Jelna simply decorate themselves with as many beads as they wish.

Jelna are noted as being industrious, libertarian, and highly intelligent. They enjoy a reputation as skilled merchants and shrewd negotiators, and they tend to appreciate luxury and ostentatious displays of wealth, though some Rigelians choose to rebel against their planet's mercantile culture.

Jelna have spent most of their history economically exploiting the other races that inhabit the Rigel system, with the rationale of 'why fight when you can pay someone else to fight for you', which later became their justification for joining the United Federation of Planets. They were the first of the native Rigellian species to develop the capability for interplanetary travel, and they became colonial cartel-runners, establishing monopolies and bankrolling conflicts between the warring Zami tribes and kingdoms on Rigel VII. They treated the Bodas as domestic slaves, and it was only after a slave revolt and a major war with the Chelon of Rigel III that the Jelna abandoned their colonialism and allowed the other Rigellian species to trade with them as equals, forming the Rigellian Trade Commission during Earth's 16th century.

The Jelna continued to hold most of the important leadership positions, even after the RTC was reformed as the United Rigel Worlds and Colonies. They were the primary representatives of the URWC during initial contact with Vulcans, Humans and other species, and remained dominant throughout the 22nd century, but their control has gradually lessened during the last 200 years.

Many Jelna prefer to remain on Rigel V and 'let the galaxy come to them', but others choose to command private merchant vessels or take up residence in spaceports elsewhere in the galaxy. It is not unusual to see Jelna serving in Starfleet, and their particular talents are well-suited to the Federation Diplomatic Corps. 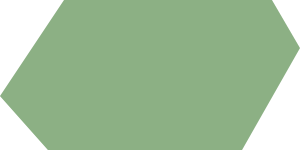 This article is part of Outpost Eden's Species Directory. It contains information about this species that builds on factual information already established in the prime Star Trek universe. For all canon information, please see the relevant entry on Memory Alpha

Retrieved from "https://outpost-eden.fandom.com/wiki/Rigelian?oldid=3091"
Community content is available under CC-BY-SA unless otherwise noted.